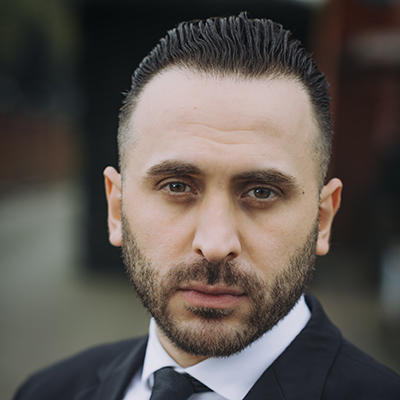 Montasser graduated cum laude from KU Leuven with a Bachelor of Arts degree in Language and Area Studies: Arabic and Islamic Studies (2011). During his undergraduate studies, he obtained a certificate in Modern Standard Arabic at Zarqa University (Jordan), and he took private Islamic lessons in Dammam (Saudi Arabia). Montasser then returned to KU Leuven to obtain a master’s degree in Language and Area studies: Arabic and Islamic Studies (Magna cum laude, 2012). In 2014, he contributed research to the Belgian government with the intention of aiding their efforts in tackling radical ideology (http://lirias.kuleuven.be/cv?Username=U0079121). Immediately following the 2016 Brussels bombings, Montasser started to work with Scholengroep Brussel, as the head of anti-radicalisation, a job that he also performed for VCLB Pieter Breughel for three school years (2016-2019) and for GO! CLB Brussel during the academic year of 2018/19. He is currently conducting doctoral research at KU Leuven under the supervision of Prof. Dr. John Nawas. The focus of Montasser’s study is radical Islamic ideology. He is member of the Leuven Centre for the Study of Islam Culture and Society (LCSICS). During the academic year 2019/20, he continued his studies and research in the United Kingdom, where he obtained a postgraduate diploma with distinction from the School of Oriental and African Studies (SOAS), University of London.